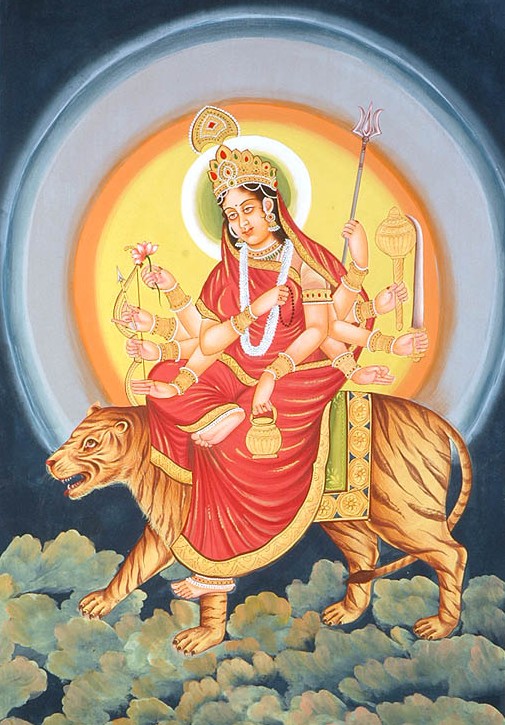 Chandraghanta Mata is known and named Chandraghanta or Chandra-Khanda for the semi-circular moon (Chandra) which appears like a bell (Ghanta) on her forehead. Durga is also worshipped as Ashtamukhi and Shorashi in different parts of India on this day. She is depicted as having three eyes and ten hands holding with ten types of swords – etc. weapons and arrows etc. and is seated on a lion (in some photos on a tiger) and shown as ready for going to war. She is the image of bravery. The frightful sound of her bell terrifies all villains and demonic incarnations. She is also the giver of supreme knowledge and bliss and is depicted as having golden skin with the half circular moon on her forehead, glowing. Her ten hands hold ………
She is worshipped in this form in Kanchipuram (Tamil Nadu) India.Srisailam Devasthanam also is a temple of Ma Chandraghanta.
A very popular legend associated with Ma Chandraghanta is the story of Raja Harischandra her devotee.