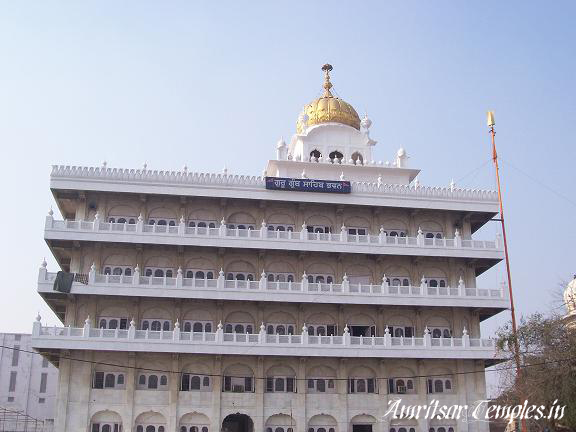 Gurudwara Ramsar stands on the bank of the Ramsar sarovar, near Chativind Gate, on the southeastern side of the walled city. After the completion of the Harimandar, Guru Arjan undertook the compilation of Adi Granth, the Holy Book, now revered as Guru Granth Sahib. For this task, he chose a se-cluded site. The spot selected was then a shady nook, one km away from the bustle of the town. To make the surroundings more agreeable, he had a tank dug which was named Ramsar after Guru Ram Das. Here, Guru Arjan composed his famous Sukhmani, the Psalm of Peace, and with Bhai Gurdas as his scribe compiled the Adi Granth during 1603-04. The present Gurdwara Ramsar, a small marble-lined hall topped by a gilded, fluted lotus dome built in 1855, marks the site of the Guru’s labours.

Its said that he who will take bath in the Ramsar Sahib sarovar will attain ram (The lord), getting in contact with Ram (God) and taking a dip here will MAKE the mind internally linked with the god.