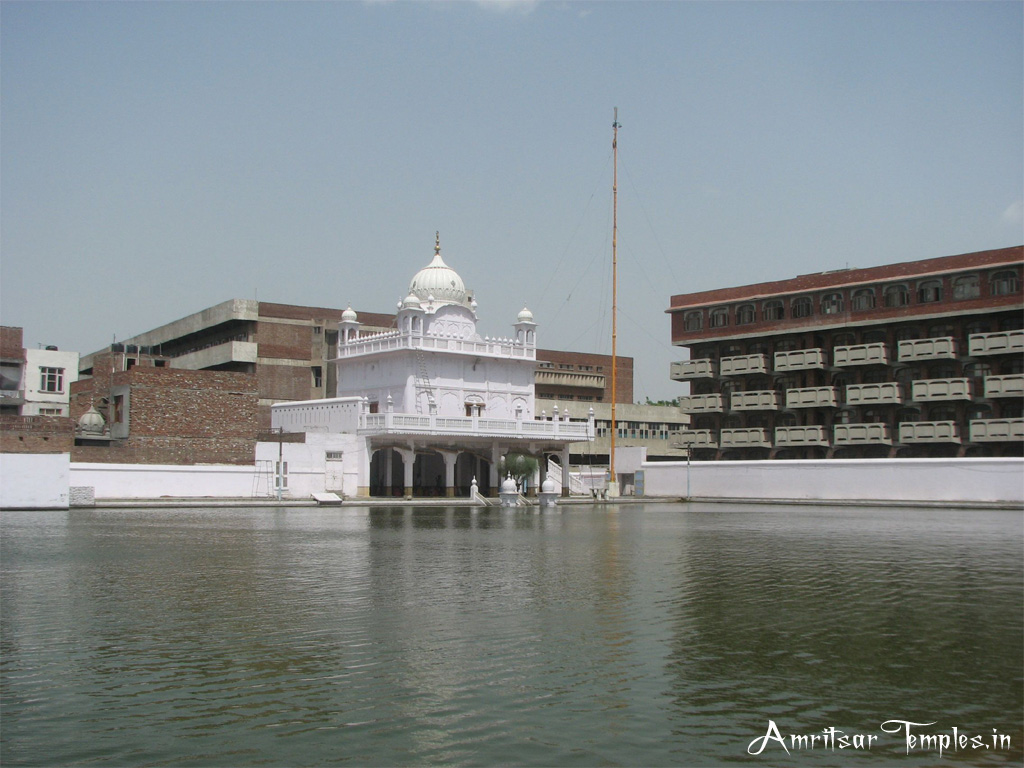 Bibeksar (built 1628) This sarovar is located to south/south-east of the most important landmark for the Sikhs, Harimandir Sahib in the city of Amritsar. Gurdwara Bibeksar Sahib is situated on the banks of the Bibeksar Sarovar.

The sarovar was built by Guru Hargobind Sahib, the 6th Sikh guru, and the present beautiful gurdwara was built by Maharaja Ranjit Singh. The two ancient villages of Chatiwind and Sultanwind borders the gurdwara.

Nearby was also a beautiful garden where the Guru used to come for recreation. He usually took rest on the edge of the tank where now stands the Gurdwara Bibeksar. Sometimes, he held his meetings here in the evening. Also this is where the Guru organized his followers on military lines following skirmishes with the Mughal forces.

Situated near Chattiwind gate it also marks the place where Guru Hargobind Sahib used to tie his horse with Kareer Tree; this tree can still be seen. The Guru himself laid the foundation of the holy tank or Sarovar.