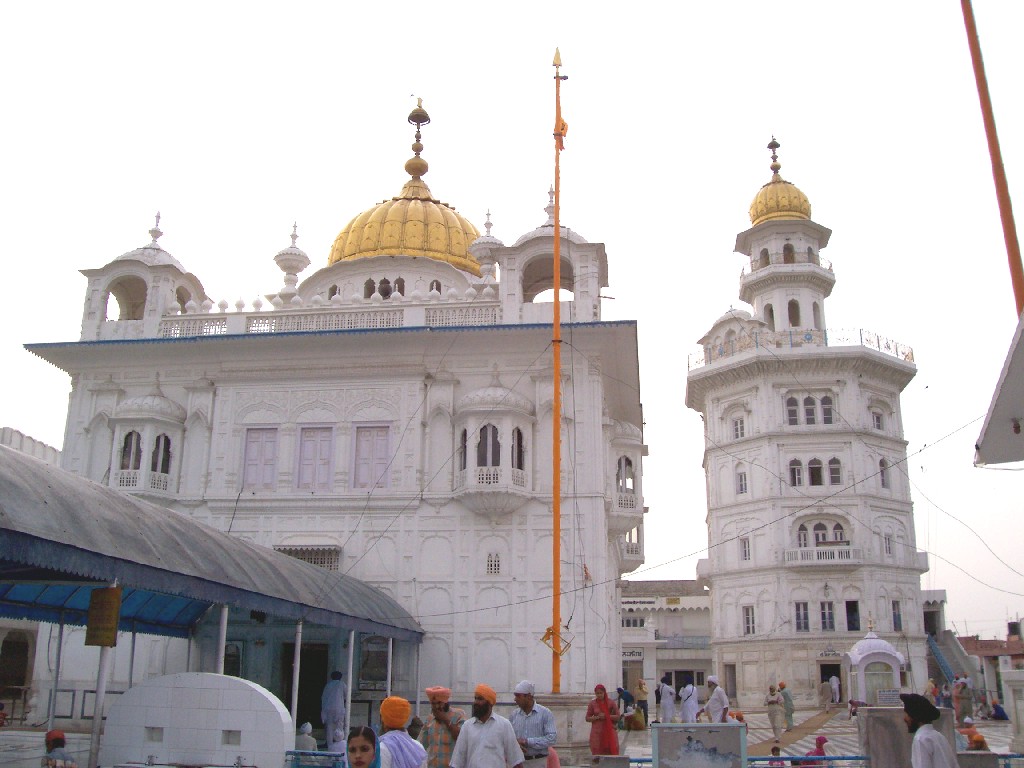 Gurudwara Baba Bakala is the historical shrine at Baba Bakala is associated with an important event in Sikh history. This gurdwara situated at village baba bakala on Gurdaspur road, a kilometre away from rayya(on amritsar road).

Before death at Delhi on March 30, 1664 Guru Harkrishan uttered these words ‘Baba Bakala’, thereby meaning that his successor was to be found at Bakala village in Amritsar. In Bakala there were many men who then claimed to be the Guru’s successor. This was the first time a Guru had not selected his successor in person. This created some anxiety in the sikhs.

Makhan Shah Labana a trader from Jhelum district was aboard a ship carrying a load of his goods when it was caught up in a furious storm. Being tossed about by gaint waves that washed over the ship his life and goods were in great danger. Helplessly, he knelt down and prayed to God and Guru Nanak for safety. He vowed that if by the grace of Guru he landed at the nearest port safely, he would donate five hundred Dinars to the Guru for charitable purposes.

His boat was saved by the grace of Baba Bakala, for whom he was searching. He recognized that he was the true Guru, because he had saved the ship with solely the small finger of his hand. He felt that his life and goods were saved by the grace of the Guru, and as he had promised the Guru five hundred dinars the first thing he set out to do was fulfill his vow. But on reaching Bakala he found that there were now many Babas, each imposter posing as the true Guru. He decided to offer only two Dinars to every one claiming to be Guru Harkrishan’s true successor. The true Guru would himself demand the exact amount he had vowed to give while any of the impostors would be satisfied with the two golden mohurs. Thereby, their own ignorance would expose their lack of spiritual insight and character.

As expected, none of the imposters could recognize him. But he was left with a problem; if none of these men were the Guru then where is the rightful Guru? Then he heard of a solitarian in the area. His name was Tegh Bahadur and he was the son of Guru Hargobind. Well, Makhan Shah went to see this man, and when he placed two dinars before Tegh Bahadur, the great sage at once remarked “God bless you, my man, why only two Dinars after pledging five hundred? The Guru is never in need of any thing but a Sikh is expected to keep his pledge to the Guru.”

Thus the issue was clinched and the real Guru was discovered by Makhan Shah. In amazement Makhan Shah proclaimed that he would inform everyone upon discovering the True Guru. Guru Tegh Bahadur Ji was hoping to continue to meditate in solitude and told Makhan Shah not to tell anyone. The Guru tried to discourage him by saying his face would be blackened if he did so (this is a statement meaning you will be dishonored). Makhan Shah took this as a challenge instead of a curse and put ash on his face and climbed to the rooftop to announce to all that he had found the Guru. From the rooftop he shouted for all in the village of Bakala, “Guru Ladho Rae” (“Found the Guru” in Lubanki the language of the Labanas.)

Since this historic event Bakala has become a place of pilgrimage. A beautiful Gurdwara now stands at the very spot where Guru Ji used to meditate in his underground cell. This small village where Guru Ji revealed himself subsequently, came to be called Baba ­Bakala. The Gurdwara has many beautiful paintings pertaining to Sikh history. People gather in thousands on every amavas night. Besides an Annual Fair is held on Rakshabandhan day when many people throng this holy place from all over the country. It is situated only 3 km away from Butari railway station and is well connected by roads to important towns of Punjab.

After finding guru Tegh bahadur the congregation set up the deewan. While preaching on deewan the Shia masand, who comes on footsteps of dhir mall, fired on guru jee and the bullet just went upon the turban without effecting guru jee. 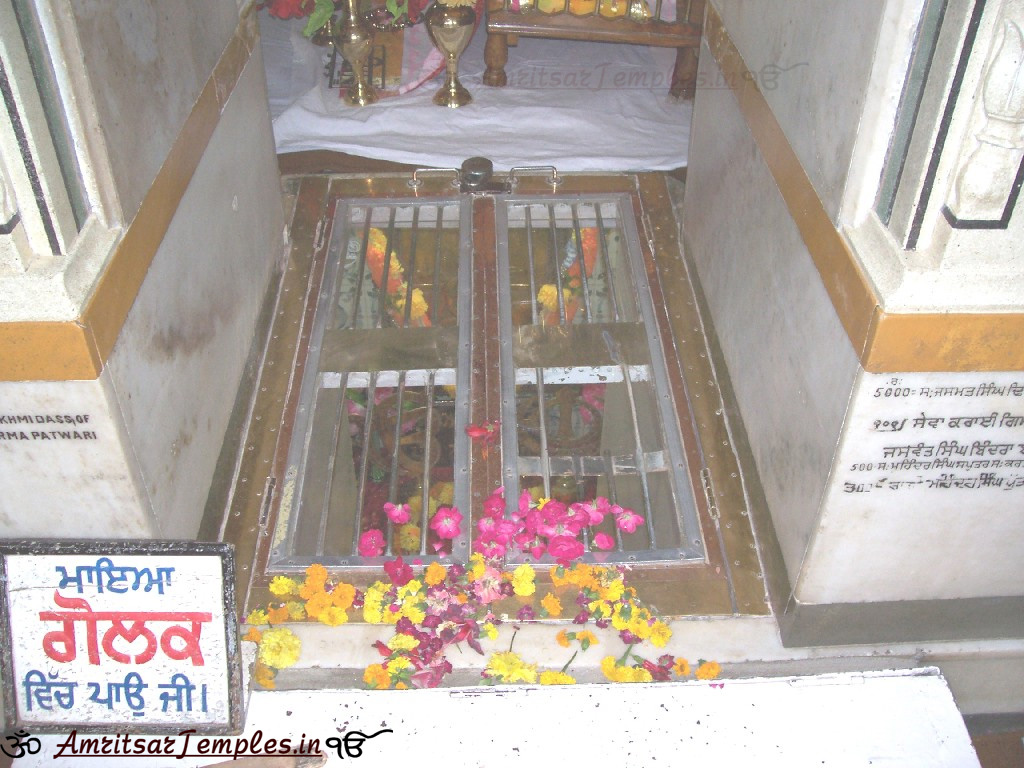 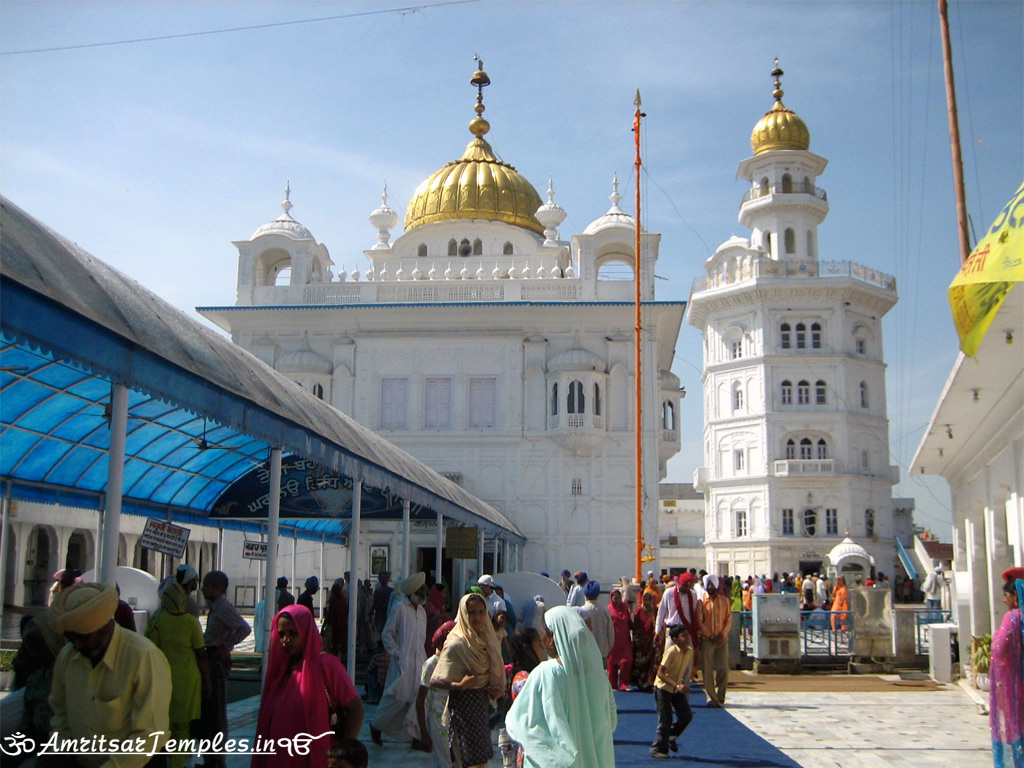