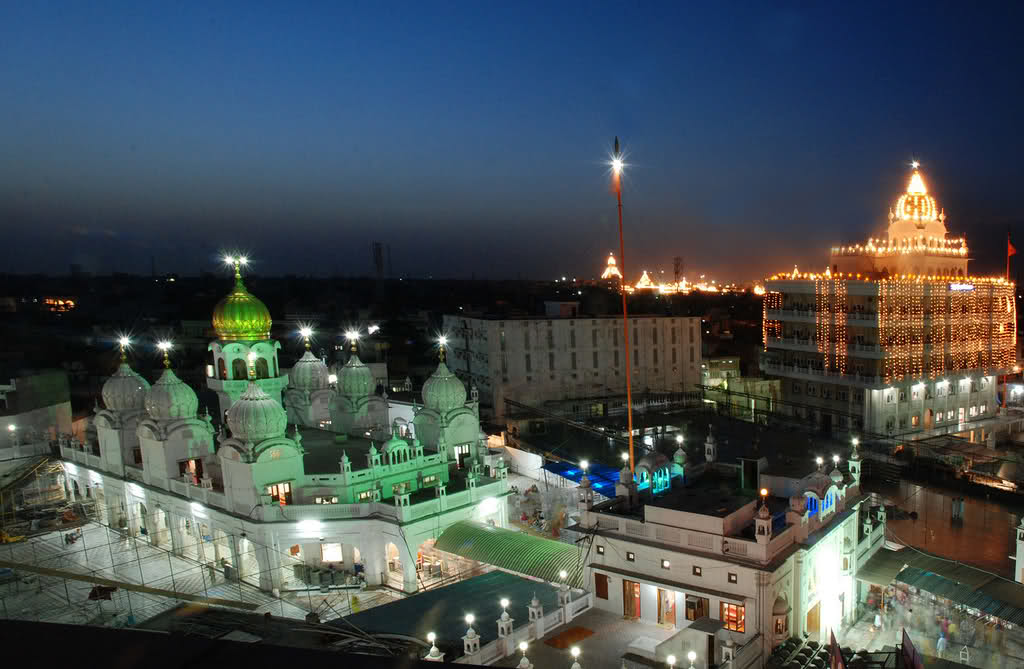 Baba Deep Singh, known as Deepaa in his childhood, was born on 14 Maagh Sunmat 1737 to Maataa Jeeonee and Bhai Bhagtoo at village Paahoowind, Amritsar (Place in punjab-india). He is remembered as one of the most revered martyrs of sikh history.He went to Anandpur sahib (city in Punjab) on the vaisakhi of 1700 CE, where after being initiated into Sikhism through Khande-di-pahul he started learning weaponry and riding from the Sikhs. From Bhai Mani Singh he began learning reading and writing of Gurmukhi script and exegesis of Guru’s word. After spending two years at the Gurdwara, “Guru’s abode”, he returned to his village in 1702 CE, got married and started living there. He went to Guru Gobind Singh at Talwandi Sabo in 1705 CE. After Guru Sahib left for Delhi, he took up the duty of preparing copies of Guru Granth Sahib.


In 1709 CE, he joined Baba Banda Singh Bahadur in chastising the tyrants of Sadhaura and Sirhind. In 1733 CE Nawab Kapoor Singh, the commander of Khalsa, appointed him the leader of one of the jathas of Dal Khalsa. On Vaisakhi day of 1748 CE, when Dal Khalsa was reorganized into twelve misls, he was entrusted with the leadership of Shaheedan Misl. In April 1757 CE, Abdali, after his fourth invasion, was returning to Kabul from Delhi with precious booty and young men and women as captives. Singhs made a plan to retrieve the valuables and set the prisoners free. The squad of Baba Deep Singh was deployed near Kurkhetar (also called Kurukshetra now in haryana ). His squad freed large number of prisoners and lightened the burden of valuables of Abdali considerably. While departing from Lahore, Abdali appointed his son Taimur Shah, the Governor of Lahore and told him, “Try to finish the Sikhs”. In Accordance with his orders, Taimur Shah started demolishing Gurdwaras and filling the srovars(pool of holy water) with debris.


When Baba Deep singh came to know of the demolition of Harmandir Sahib(most prominent sikh shrine), he narrated it to the congregation of Damdama Sahib and said, “Diwali will be celebrated at Amritsar this year.” Five hundred Singhs came forward to go with him. Baba Deep Singh offered prayers before starting for Amritsar, “My head may fall at Harmandar Sahib.” By the time squad of but the by the time number of sikh warriors has gone into thousands.baba jee along with army of approx 5000 reached tarn taran (a place near Amritsar-punjab)


At the news of the approach of Singhs(army of Sikhs), the Governor of Lahore sent one of his generals with an army of twenty thousand to face them. His army took up position six miles north of Amritsar and waited for the Singhs there. Both the armies clashed near Gohalwarh on the 11th November, 1757 CE. Fighting bravely, Singhs pushed the army back and reached village Chabba where Attal Khan came forward and fierce battle ensued during which Attal Khan inflicted a blow on Baba Deep Singh making a deep gash on his neck. Baba Deep Singh, more than seventy-five years of age at that time, started to lose his footing under the impact of the blow, when a Sikh reminded him, “Baba ji, tusi Ardasa soddhya si (you have resolved) to reach the Parkarma of Darbar Sahib.” On hearing this, a holy energy suddenly took over baba deep singh ji, and Baba ji put his one hand on the deep gash to support his head and with the other hand moved his 14 kg double-edged sword with such ferocity that enemy soldiers started running helter-skelter. Thus, Baba Deep Singh made his way to the Parkarma of Harmandar Sahib where, due to the widening gash, his head was totally severed. The Singhs celebrated the Diwali of 1757 CE in Harmandir Sahib.
The place where his head had fallen is marked by a stone and the Sikhs go past this place on their way to pay obeisance in Darbar Sahib.In Amritsar a Gurdwara shaheed ganj sahib(also known as Gurdwara shaheedha is built in the fond memory the brave sikh soldier and saint. Today he is fondly remembered asl ‘dhan dhan baba deep singh jee shaheed’