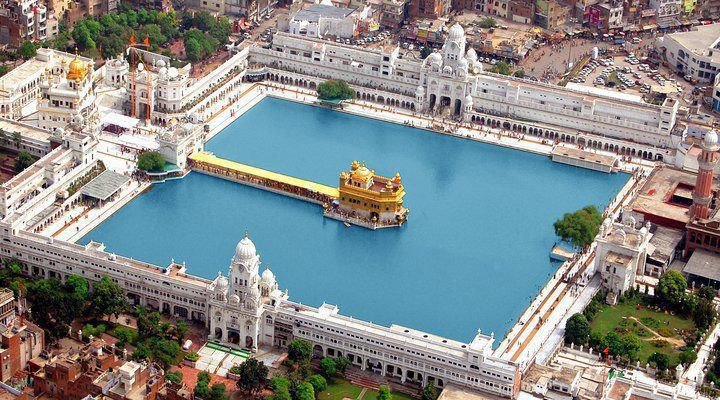 About Five Sarovars in Amritsar

Many sacred Sikh shrines can be found in the Sikh holy city of Amritsar. Of particular importance are the five sacred pools in this city. These are called sarovars and it is the practice of some Sikhs to have a dip in all five of these holy pools. The ritual, apart from being good exercise, acquaints one with the importance of these five sites.

These five holy Sarovars are: It is home to the Harmandir Sahib (referred as the Golden Temple to western media), the spiritual and cultural center of the Sikh religion. This important Sikh shrine attracts more visitors than the Taj Mahal with more than 100,000 visitors on week days alone and is the number one destination for Non-resident Indians (NRI) in the whole of India.

The city boasts of being the main centre of Sikhs’ cultural, religious and political history, it also houses the Sikh temporal and political authority, Akal Takht as well as the Sikh Parliament. Amritsar is also known for the tragical incidents of Jallianwala Bagh Massacre in 1919 under British Rule and Operation Bluestar in 1984 under the dictatorship of late Prime Minister of India, Indira Gandhi in which thousands of innocent Sikhs lost their lives. The main commercial activities include tourism, carpets and fabrics, farm produce, handicrafts, service trades and light engineering. The city is known for its rich cuisine and culture. Amritsar is also home to Central Khalsa Orphanage, which was once a home to Shaheed Udham Singh, a prominent figure in the Indian independence movement. Gurdwara Santokhsar Sahib is an historical sikh shrine, situated at distance of 700 Meters from Harimandir Sahib. This is one of the five historical sarovers constructed by Guru Arjun Dev.

When Guru Ram Das, had not yet ascended to the gaddi, he came here to find out a place for excavation of the holy tank on instructions from Guru Amar Das. When Guru Ram Das was getting the place dug, he found a Yogi, meditating.
After sometime the Yogi opened his eyes and told Guru Ram Das that he had been meditating here for a long time, waiting for a Guru to give him salvation. He disclosed his name as Santakha and then breathed his last. The tank was then named as Santokhsar.

Guru Arjan completed the unfinished work of excavation of tanks – Santokhsar and Amritsar. Baba Buddha was appointed to supervise the work of construction. Santokhsar was completed in 1587-89. This is the Sarovar or pool next to the Gurdwara Mata Kaulan near Gurdwara Baba Atal in Amritsar, Punjab next to the main Darbar Sahib at Harmandar Sahib. It is named after a holy lady who was raised as a Muslim called Bibi Kaulan, the adopted daughter of the Qazi of Lahore.

She was a highly spiritual woman who was above religious divides and took refuge with the sixth master Guru Hargobind Ji at Amritsar (1606-1645). The samadh of this lady, who is called Mata Kaulan lies at the western end of the Kaulsar Gurdwara.

The significance of Gurdwara Mata Kaulan and Kaulsar sarovar could be adjudged from the fact that Guru Hargobind, the sixth Sikh guru, had directed the devotees to take a dip in the Sarovar Kaulsar before the Golden Temple sarovar. (sakhi to this effect is written right outside the entrance of Gurdwara Bibi Kaulan, adjacent to Darbar Sahib).
Mata Kaulan, against whom her ‘father’ the qazi had pronounced a death sentence, for showing devotion to Sikh gurus, was brought here discreetly by Sant Mian Mir who had laid the foundation stone of the Golden Temple. Mata Kaulan, who was allotted a special place near the Golden Temple and Baba Atal, spent her entire life there before breathing her last at Kartarpur.

The excavation of Kaulsar was started in 1624 and was completed in 1627 under the supervision of Baba Budhaji, first head granthi of the Golden Temple.

Bibeksar (built 1628) This sarovar is located to south/south-east of the most important landmark for the Sikhs, Harimandir Sahib in the city of Amritsar. Gurdwara Bibeksar Sahib is situated on the banks of the Bibeksar Sarovar.

The sarovar was built by Guru Hargobind Sahib, the 6th Sikh guru, and the present beautiful gurdwara was built by Maharaja Ranjit Singh. The two ancient villages of Chatiwind and Sultanwind borders the gurdwara.

Nearby was also a beautiful garden where the Guru used to come for recreation. He usually took rest on the edge of the tank where now stands the Gurdwara Bibeksar. Sometimes, he held his meetings here in the evening. Also this is where the Guru organized his followers on military lines following skirmishes with the Mughal forces.

Situated near Chattiwind gate it also marks the place where Guru Hargobind Sahib used to tie his horse with Kareer Tree; this tree can still be seen. The Guru himself laid the foundation of the holy tank or Sarovar. Gurdwara Ramsar stands alongside the Ramsar sarovar, the smallest of Amritsar’s five holy sarovars. Located near Chativind Gate, on the south-eastern side of the walled city of Amritsar, the present Gurdwara Ramsar is a small marble-lined hall topped by a gilded, fluted lotus dome.

It was built in 1855 at the site of the original shrine, where long before the present Gurdwara was constructed, Guru Arjun Dev, the fifth Sikh Guru who was looking for a quiet spot away from the growing city of Amritsar, chose this site as the spot where the Guru Granth Sahib would take form.