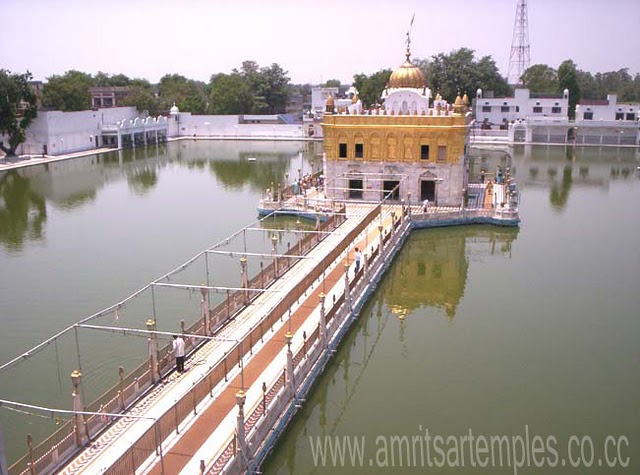 Durgiana Temple (Lakshmi Narayan Temple) is a premier Hindu temple of Punjab (India) situated in the city of Amritsar. This temple derives its name from the Goddess Durga. It is a few yards away fromRailway Station & about 1.5 km. from Amritsar’s Bus Stand.

The temple was constructed by Guru Harsai Mal Kapoor on the pattern of the Sikh Golden Temple and it is located near the Lohgarh gate. It is sometimes called Silver temple for its carved silver doors. The temple complex has following temples.

Shree Durgiana Mandir in Amritsar is a focal point of faith for the Hindus. Pilgrims flock to this temple not only from India but also from abroad. Over the years, it has become an epicenter of Hindu renaissance and rejuvenation. The complex is popularly known as the Durgiana derives its name from the Goddess Durga. This connection with Goddess Durga has a socio cultural references as Goddess Durga is normally invoked for protection and health while the soldiers go to war. Placed strategically in the middle of the city, the mandir is very easily approachable by Rail, Road & Air.

The sacred city of the Amritsar which was founded by the fourth Sikh Guru Ram Dass ji has come to assume a special significance in Hindu cosmology because of various mythical and historical connections. Amritsar is particularly nearer and dearer to Hindus as it is believed that the Lov-Kush along with their mother Mata Sita spent their early childhood in the ashram of Bhagwan Maharishi Balmiki ji in the land